[Spoiler Alert: I’ve had it already.]

It was not a battle, but a slow burn.

So how did the whole thing develop?

It was the beginning of March 2020. I had been out and about: visiting malls, libraries, taking public transport, training in the gym of my SO’s workplace that houses multiple international companies and some 5000 workers. I had also been to a hospital a couple of times, for some health related tests. It’s only been a week or so since the first confirmed case of imported Covid-19 showed up in Denmark. I was cautious, but not particularly concerned. After all, the Danish health ministry had assured everyone that it’s practically impossible to get infected with coronavirus on the Danish soil. Not without having gone to Wuhan or Italy first.

By some odd coincidence, I happened to learn about this novel virus before most of humanity (lucky me!). At the beginning of January, my SO’s friend traveled to Wuhan for a business trip. I joked that he should watch out, since it’s known that many novel illnesses originate in China, and antibiotic resistance there is growing. He sent us pictures of electrical stations, tables full of noodles and bokchoi and then, by the end of his two week trip, he told us that something odd is happening in Wuhan: there’s a new mystery disease and the goverment locked down the entire city for a quarantine. Apparently some man from a wetmarket got sick and died from it, but not much otherwise was known about it yet. My SO’s friend managed to leave in time.

This was before the media in the West even began reporting on this new disease.

So, first week of March. I got a weird ear ache. That entire week I had a whooshing sound in my ears that were aching and clicking. I thought it was some sort of tinnitus, and even prowled the self-help forums, fearing that I got some kind of new dangerous health issue. The official name for this symptom is “Pulsatile Tinnitus”. Basicallym, it sounds like a washing machine is spinning in your head. I read that it can happen if you have a “eustachian tube dysfunction”, which in itself can be caused by many different things, including respiratory infections. Anyway, at this stage I was worried that something was wrong with my arteries, since Pulsatile Tinnitus is a rare condition and often signals a problem with circulatory system.

A week later, the tinnitus stopped. I developed a stuffy nose, and sometime later a sore throat. It wasn’t anything out of the ordinary, so I didn’t cancel my trp to the shopping mall or the gym. When I arrived at the gym one the days, I felt shivery and achy, and I got a bad stomach. That was odd, it simply never happens to me. I managed to push through my work out, and surprisingly felt a lot better. It was as if my weight lifting session either supressed or enhanced my immune system – and stopped the fever from developing.

A day later, I was fatigued with a sore throat and swollen, enlarged lymph nodes under my chin. What the heck? It was difficult and painful to swallow. This was weird, because I had a tonsilectomy, which means that I don’t have any tonsils, hence there’s nothing that can swell and make the swallowing painfull. At night, I had an elevated temperature, maybe 37,5 -37,8, but I overheat easily, and besides, fever is defined as a temperature of 38 C, so I didn’t think much of this either. At no point was I bedbound or too sick to do anything. I kept doing house chores, training, writing, going out. But as a precaution I loaded up on my supplements: curcumin, quercetin, magnolia bark, NAC, EGCG, (which may inhibit the cytocine storms in sepsis) vit D+C supplements. Most of them are powerful anti-inflammatory and blood thinning agents. I also used homeopathy – mainly Drosera comp., (used specifically for Pneumonia) Argentite and Mesenchym – which have helped me with my bladder issues, much better then any pharmaceutical drugs. Therefore I have no doubt in their effectiveness.

A week later came the nationwide lockdown. At this stage my throat was still sore, and I had waxing and waning fatigue and elevated temperature. One day I’d feel energetic and great – the next day I couldn’t get out of bad, feeling weak and drained. (At the samt time, my SO’s manager fell ill with corona. She has since recovered.)

Week 3 and I still had a sore throat and trouble swallowing. Except now, I also had larygitis – the infection had clearly moved downwards into the middle part of my throat, where the vocal cords are. Still, I felt more or less okay. I even went to the hospital to get some blood tests done, which came back with some interesting numbers. I had a very low Leucocyte count and a high ALT liver number, but not pathologically so. I still trained and ran daily. However, I began to notice something disconcerning about my breathing: I was panting, and that was not normal. I’m a sport fanatic, and I’ve been weight lifting /running for years, so this was something new.

By week 4, I was beginning to think that I have mononucleosis. How can someone have a sore thorat for 4 weeks straight? It’s unheard of! I was going over all the possible things it could be. Could it be strep? But I have no fever, and I have stuffy nose. Could it be kissing disease? But I didn’t kiss anyone other than my beau, and besides mono doesn’t cause laryngitis.

That same week something else happened. The infection traveled further down to the base of my thoat, and I started to feel a tighness there, as though I had a choker sitting there, clasping around my neck. It also felt like there was some kind of lump in my throat. Then I got a cough. A completly dry, unproductive cough.

Fast forward a few days, and we’re reaching the end of March. The goverment isn’t prepared, testing hasn’t even been rolled out yet. The guidelines are: if you feel sick, but you’re not on your death bed, stay home.

And this is when the shit really hit the fan for me. Because now, the infection went further down, and I started to feel a chest ache and heaviness there, as though a pile of books was resting on my chest. I was coughing, but worst of all, I couldn’t take a full, deep breath. It was as if I was breathing through a straw – it was basically hard to breathe.

Slowly but surely, the infection reached it’s peak. I was out of breath from the smallest tasks, like getting up from a chair, or just talking. If I sat completely still, it made it easier, but not comfortable. Never have I ever experienced anything like this – even though I’ve had my share of colds and flus. I even had a viral pneumonia when I was a teen, but it never felt like this. Still, no fever.

This is when I sort of freaked out, lol. I called my doctor, she assured me that it can’t be mono and told me that I have telltale signs of Covid-19. She sent me to get tested. It was the very first day when the testing became available to the wider public. I also got tested for strep, which came back negative.

Having a name to my illness that has such a bad rep, only made my breathing worse – from panic. One night I called the ER, because I felt that I was on the verge of needing supplemental oxygen, but then I decided to wait a day, and luckily, I turned a corner there, and began to feel better. It wasn’t as difficult to breath and I was coughing less frequently. (As if all this wasn’t enough I twisted my ankle – while sitting on the bed – and got a bad cut. Yikes.)

By week 5, I still had a sore throat and I was still going through the phases of feeling fresh and invincible one day – and completely drained the other, like some fruit that’s been pressed by tank tracks. That’s the best comparison I can think off, lol.

TMI: there were traces of billirubin in my urine, which is a sign of liver damage. The entire time I had this infection I wondered why my urine was so dark – it resolved itself once the infection was gone. Covid-19 can and does cause hepatitis, amongst other ‘wonderful’ things.)

I recovered by week 6. I still coughed a bit, and my lungs were super sensitive. If there was something in the air, dust, perfume or other irritant, it would trigger a coughing fit – in fact this still happens, 2 months later. I also still had trouble with fast paced walking, but that passed soon enough.

Fast forward another month and I was feeling normal again. I even managed to catch another virus – this time a normal cold- which knocked me out for another 2 weeks and strangely enough felt even worse than Covid.

Recently, the Guardian published an article about cases like mine: there are those whose illness drags on for weeks or even months. When I first caught the virus, I thought that it was impossible for it to last this long. It was reassuring to see that others have also been through something similar.

My partner had zero symptoms the entire time. Based on the recent testing, we know that a very small percentage of Danish population have had Covid so far – between 1 and 2 %. I’ve always wished to be a one percenter (as in MC club) – just not in this way.

Featured image:
“ODCtwist” by FolsomNatural is licensed under CC 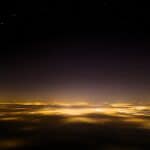