The meth lab apartment or another month in Daria’s life 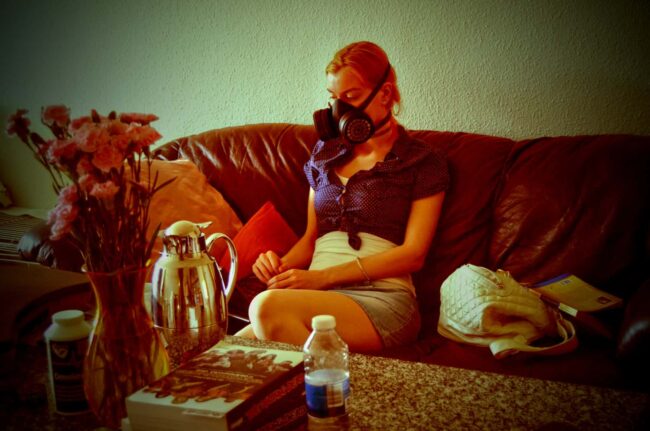 So if you guys have been wondering where I have been all these weeks – I was home, having a very bad trip. Ever since I moved to my new place three months ago, I started experiencing a wide range of weird symptoms. It started of slowly: the head aches, the fatigue, the strange muscle weakness in my limbs, but after a couple of weeks the sickening sensations progressed it into a state of brain fog, nausea, shortness of breath, lack of ability to concentrate, dizziness, weird thoughts and general unpleasant feeling of being “on something”. At first I thought that I was tired, and that I needed some rest, and perhaps that there was something wrong with my new couch (lol, I know), but with time it became clear that this was something much more sinister. As soon as I would leave the apartment, I would instantly feel better, and all the strange “side effects” of spending time indoors disappeared within an hour. My friends and family noticed similar feelings of drowsiness when they came by, but none of them had it as bad as I did, since I was the one living there and spending so much time indoors.

The place I moved into has always had a strong smokey smell, but at first I contributed it to a wall paint. On top of that it has a eighty percent humidity level, which made it a real pain to deal with silverfish. But I knew that neither smoke residue, nor the humidity level could make me this ill. Not knowing where else to look for answers, I looked up the history of the place. The janitor told me that the previous tenant has been evicted, because in all that time he was living in the apartment he hasn’t paid his rent even once, and actually vandalized the place. The indifferent tenant didn’t bother to change his address either, and I kept being bombarded with his letters from court, from debt collectors, from banks, from social workers… It turned out that the guy owned money to everyone: thousands and thousands of dollars to tv and phone companies, court, child support.. I found out that he was on benefits from the government, but he never used that money to pay ANY of his bills. He had three kids with a woman, and lost his custody to her, but soon after that, all the kids were removed from the mother and put into a orphanage.

While I was racking my brain trying to figure out what was wrong with the place, my issues with feeling drowsy and ill were escalating, to a point that I wouldn’t be able to structure a proper sentence, cause my mind felt so “blocked”. I continued my research and came across “toxic chemicals poisoning” symptoms, which almost exactly matched the symptoms I was experiencing. But there were no signs of sewer gas leakage, radon radiation or anything else in the apartment, no toxic mold.. It was a mystery, and even though I already noticed the yellow residue on the walls, the stains in the kitchen, the weird smell and the suspicious behavior of the previous tenant, I still wasn’t sure what exactly was making me feel so bad so quickly.

After researching some more, I finally had an idea cross my mind: drug pollution. And in that moment the enlightenment stroke me like a lightening, eureka! Of course, the guy was a drug addict!! Who else doesn’t pay his bills even thought he has money, and leads a strange bum lifestyle while sitting at home with two thousand bucks of benefits per month??

Knowing his name, I searched for his FB profile (thanx facebook), and found a whole stack of incriminating evidence, that completely proved my theory: photos of his hands and knees in injection punctures and sores, of him with vodka bottles, of him supporting drug pushing.. It was out there for everyone to see, and I felt victorious : finally i knew what was going on! I wasn’t imaging this. I wasn’t depressed. I was just on drugs (LOL). Well, I was on something that he was smoking/cooking in there, and I was breathing it every day… Presumably methamphetamine, as well as normal cigarettes, but one can only guess.

At this point the story got even more twisted. I found out that the guy was actually my previous neighbor once: he lived above me in the same apartment complex in 2011, with a woman and their 2 small kids. At that point I didn’t know that this was a junkie family, not that I really ever pay attention to them. (I remembered them after receiving a letter from his ex wife’s address that I recognized). I moved away from the area later that year and forgot all about it, and in the mean time he must’ve had another baby, divorced the woman, moved into a separate from her flat, where he binged on drugs, got kicked out and BOOM! by some strange twist of fate I got offered exactly that apartment and moved into it myself. I mean seriously, what are the chances?

So now I’m trying to escape this horror place, but its difficult to find something. And in case you’ve been wondering why I’m sitting with a gas mask on, you’ve finally got your answer. 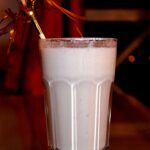 Prev Creamy Coconut & Vanilla Delight Milkshake
Next Who is Stalker?? 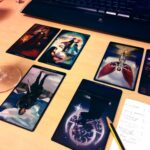