I was walking down a large dirty avenue, wearing a white lace skater dress. The light was sickly grey, and the traffic rushed past, stirring up dust. I came across a white washed family house that stood on the side of the road. It turned out to be a coffee shop. I walked in and looked around: it had a hip atmosphere with warm light shinning over wooden tables, and shelves full of books that lined the walls. On the other side of the coffee stand I could see a couple of my friends enjoying their lattes. I waved at them, and joined them for a coffee and as it often happens in dreams – time slipped by with no tangible perception of movement. Then a shadow crossed the window outside. My friends eyes widened, her voice gave out her fear, “He’s here. For you.”

He? Who is he? I didn’t know him, and yet I did: good looking, intelligent, sarcastic, his dark eyes glittering with insidious intent. And as I looked at him through the window I was transfixed not only by his allure and intriguing character, but also by his height. He towered above me like a storm cloud and I was at the mercy of his formidable force.

Not waiting a second longer, I leaped to the front door, flung it wide open. A gust of wind swept inside, scattering the tissue papers on the floor and ruffling my hair. But I was already gone, zig-zagging through the traffic, to the other side of the street. Through the honking of the car horns, I could hear my friends calling out to me..

The sky behind me grew darker, the shrubs in front of me stopped swaying from side to side. I walked through them and I found myself in a shabby neighborhood with rows of low rise concrete-panelled appartement buildings that resembled old Soviet Khrushevkas, decrepit ghosts of the past. My heart was pounding, my head was going round. Everywhere I looked I saw a dizzying mosaik of patchy balconies. Not a soul around. And no places to hide. But I had to hide. He was coming. I had to hide.

I noticed that one of balconies on the first floor had its balcony door open. I immediately rushed to the balcony, climbed inside and walked into the appartement. It was just as bare and shoddy as the outside: pale cream walls and poor 60’s layout. In the hallway I came face to face with its owner: an older tight-lipped woman in an ankle length old school chintz dress, with a tiny blue daisy pattern. “Please don’t kick me out!” I pleaded. She didn’t say a word, just nodded and retreated.

With my back pressed against the wall, I slid down and sat on the floor, waiting, anticipating, constantly looking behind my back. The growing fear made my blood run cold. I could sense that he was somewhere near by, closing in on me. The window darkened, and a shadow crossed my face. He was outside, peeking in, and he knew exactly where I was hiding. And in that moment I heard distant screams. Shots were fired.

It was my friends. What’s going on? Without a second thought, I stormed out of the appartement. I saw him walking slowly on the lawn between the buildings, holding a black ak-47, aiming through the scope with a frown, firing methodical, precise rounds… And then i did something that I cannot explain. I ran out in front of him. I just stood there, looking at him, as the barrel pointed directly at me, his finger already pulling the trigger. In slow motion, I watched the shells fly out of the chamber and hit the grown. He didn’t even blink once.

Shots echoed though the neighborhood, until the sound dissipated in the heavy storm clouds. Silence returned once again. I fell to the ground; my body riddled with bullets, my white dress becoming saturated with blood. I died in his arms, knowing that it was never his intention for it to end this way. 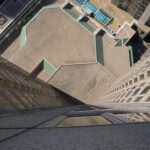 Prev A thin line between courage and madness
Next Book out now! 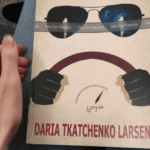